In many respects, the Supreme Court in its institutional capacity mirrors traditional religious authority structures. This Essay argues that, in the American experience of civic identity, the Supreme Court fulfills a sociological role comparable to that of the Magisterium 3 of pre-Protestant Christianity. Here it refers not only to the institutional aspects of the Roman Catholic Church, but also to those Christian religious traditions that, to some extent, view the teachings and tradition of that Church as having some binding theological force.

Several features of the institutional Supreme Court—namely, tradition, mediation, sacramentalism, and anthropology—bear a striking resemblance to those same features of the religious Magisterium.

In a sociological sense, the Supreme Court is situated at the head of the ceremonial-deist philosophical schema, 9 serving as an institutional intermediary between fundamental American values and the public at large. Moreover, its structural authority is the wellspring from whence flows the authority exercised by judges in lower courts. Within both sacred and secular Magisteria, tradition exerts a binding, even if not an absolutely binding, force. In the Catholic religious context, the doctrine of infallibility 10 is one means by which this tradition is codified and operationalized.

In the legal context, the principle of stare decisis serves as such a tool. Many judicial decisions of the Supreme Court are the law of the land; but they are not necessarily final 13 —subsequent Courts may overrule legal precedents, and statutes or constitutional amendments may alter the rule system underlying a given decision, warranting reevaluation.

Both the religious and judicial Magisteria are intended to function the same way: an individual human agent interacts in an ongoing process with a transpersonal source of higher authority. In the religious sense, this authority source is God or the Ultimate; in the judicial sense, it is the Constitution alongside, for some, the expressed or unexpressed will of the Founders. The theology of the Magisterium posits that only those who serve in a particular vocational role—namely, the clergy—may properly interpret both Scripture and tradition.

The judicial Magisterium—the Supreme Court and the federal court system under it—operates similarly. Only the members of a certain vocation, the judiciary, can bindingly interpret the Constitution and the precedents that have developed in its shadow. They must forgo possible conflicts of interest, adhere to specific ethical canons, and comport themselves with due solemnity. Furthermore, the authority of both theological and judicial mediators is not self-imbued.

The religious clergy, inducted via the laying on of hands, participate in a theological tradition allegedly dating to the time of the first apostles. Likewise, federal judges are appointed by the President, 21 whose own authority in turn rests upon the popular will. Another point of connection between religious and judicial Magisteria is that properties of sacramental theology are present within both.


This theology manifests in two distinct ways: the centrality of sacrifice and the instantiation of the metaphysical within the physical. Another defining aspect of sacramental theology is its emphasis on the interaction between materiality and transcendence. What matters is who grants the remedy and why. The religious Magisterium relies on its authority to make claims about human nature, purpose, and destiny—often sparking controversy in the public square.

In Planned Parenthood v. Liberty must not be extinguished for want of a line that is clear. Yet in formally defining the individual as emancipated from traditional institutional controls, the Court perhaps foreshadows its own future deinstitutionalization. In the case of religion, this faith may no longer be taken for granted: traditional religious institutions—particularly those bearing the liturgical features common to Magisterium-type churches—have experienced significant membership declines over the past several years. 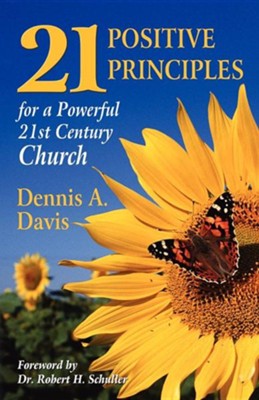 These functions, however, require the Magisterium and its adherents to behave in fundamentally antidemocratic ways 40 : adherents must accept unyielding and inflexible hierarchies as foundational features of the social-epistemological enterprise. In an era of information democratization, antihierarchialism, and open access to data, such a view is countercultural at best and indefensibly retrograde at worst. This too has come under attack. Sexual-abuse scandals have roiled dioceses across the world, driving a clear wedge between possession of ecclesiastical authority and tendency toward moral behavior.

Magisterial religious institutions have largely lost this battle, 46 and are accordingly perhaps further along the road to deinstitutionalization 47 than courts. For the Court to function effectively, therefore, it must continue to be viewed as authoritative within its particular jurisdictional ambit.

Post- Obergefell , some governmental clerks, and Davis most famously, refused to issue marriage licenses to same-sex couples. Not only is the clerk adjudicating her own perceived religious obligation, but she is also adjudging the legal obligation to which she is subject. In neither case do the positions adopted by traditional Magisterial authorities, whether religious or judicial in character, factor into this philosophical calculus.

Religious and judicial deinstitutionalization patterns have converged. The modern disestablishmentarian impulse that has led to religious fragmentation thus has a parallel in the impulse towards the democratization of the Magisterial court system. Given that a number of distinct similarities exist between the role of the Magisterial Church in religious life and the Supreme Court as arbiter of ceremonial deism, mistrust in the Court will likely increase alongside mistrust of religion.

"When Will the Catholic Church Come into the 21st Century?" - Crisis Magazine

The social trends that have caused this mistrust may be irreversible. But the conduct of clerics and judges is. An enhanced level of professional self-policing may mitigate any abuses of office, real or perceived—and in some areas, such self-policing has already begun. As demographic and ideological currents shift the American landscape, the problem of Magisterial legitimacy is likely to remain salient well into the future. John S. Ehrett is a member of the Yale Law School J. Class of Preferred Citation: John S. See, e. Supreme Court employs Latinate phrases.

Davison M. For cases discussing and epitomizing manifestations of American ceremonial deism, see Elk Grove Unified Sch. Newdow, U. Donnelly, U. Chambers, U. Claims to inerrancy, and to direct Revelation, which are sometimes made about the magisterium , are very definitely not made about the Supreme Court. Kenan B. See Robert E.

The Catholic Church, as well as everyone else, must understand that the world was hit by a cultural tsunami in the 20th century. We must humbly begin to pick up the pieces and put them back together again. The 20th century was a crucible. The world which has emerged from this time-machine is changed, changed utterly.


There is no going back; our only way is forward. Discovery of the world of the unconscious; full acknowledgement and acceptance of the dimension of femininity, both inside and outside of ourselves, with all this implies in terms of gender balance and sexual diversity; recognition of the immensity of scientific discovery; and humble apprenticeship in a laboratory of ever-expanding technology; these are some of the characteristics required for access, capability and survival in the new world we have inherited.

It is as if our world were precariously poised, metaphorically speaking, on two tectonic plates as far as socio-political awareness is concerned. Then you have the Catholic Church, and many others who, in certain respects, have not yet moved out of the nineteenth century. But, at this time, it is as if these two tectonic plates were on the move. The place where they could meet is called a plate boundary. Plate boundaries are commonly associated with geological events such as earthquakes.

When previous tectonic plates separated, some millions of years ago, the cliffs of Moher on the west coast of Ireland represented one half of the divide and Nova Scotia in Canada became the other, with the Atlantic Ocean in between. We may have to experience an even greater divide if the two tectonic plates I have been describing collide before the Church realises that such danger is imminent. The Catholic Church in Ireland has probably five or, at most, 10 years to take these realities on board before being reduced to a tiny irrelevant minority.

It is not enough for the hierarchy or even the Pope to be in direct connection with the Holy Trinity. Always it is each individual member in direct touch with the Holy Spirit and not simply in touch with HQ here on Earth. So, how do we promote such an organism in the local church where we are? This canon specifies that only those who have received sacred orders are qualified for the power of governance, also called the power of jurisdiction.

What we are talking about here is the total clericalisation of the Church we all belong to. Whether priests are men or women, or both, we cannot have a situation where only priests can exercise power. This amounts to a clerical oligarchy in which lay people have no say whatsoever in matters of legislation or governance and can have no real or effective participation in the running of the Church. This has to change and we have to believe that Pope Francis is doing the best he can to bring this about. Can one man pit himself against the deeply entrenched conservatism of one of the largest and the oldest religious institutions in the world?

Even more important, is he interested in doing so? Whether he is or not, other inexorable forces are on the move.

What Has Contextual Theology to Offer to the Church of the Twenty-First Century?

Times have changed; both the world and ourselves are different from what they were years ago. The task of spiritual leadership is not to silence but to discern, where and when, to whom, in whom and by whom, the Spirit is speaking. The task of the spiritual leader is to read the signs of the times. Pontifex, the word we use to describe the Pope, means in Latin, a bridgebuilder, a passageway between two worlds. We have to decide whether we intend to work from a 19th- or a 21st-century template.

It is important not to allow the perception of a reactionary ghettoised minority to be foisted upon us by the media and some hostile public opinion. The world itself is the universal religion that precedes all organised religions. Nature is the first scripture wherein we read the word of God. Otherwise we are categorised as out-of-date leftovers from a previous era, such as the Amish communities in America and Canada.

These were founded in the 17th century and they steadfastly refuse on principal to move into the 21st.

They use horses for farming and transportation, dress in a traditional manner and forbid electricity or telephones in the home. Church members do not join the military, nor do they apply for social security benefits. They refuse to take out insurance or accept any form of financial assistance from the government. They value rural life, manual labour and humility, and they discontinue formal education at the age of We might be less identifiable and less obvious retros but nonetheless determined to remain behind where the 19th century left off.